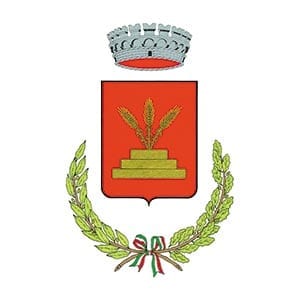 The toponym derives from the Latin Cretaria, which is equivalent to “clay”, a component of the geological formation of the territory. Less acceptable is the hypothesis of the name origin related to the fresh breezes that blow on the hill on which Gradara lies.

Gradara is a borgo strongly identified with its fortress. At the beginning it was a simple watchtower built by the Griffo family in the second half of the 12th century. Its main structure dates back to the Malatesta period and dates back from 1293 to 1324. The most important artifacts are the keep, the castellare (the first noble residence with its splendid rooms, in the wing of the fortress considered together with the keep as the oldest) and a porticoed wing of the courtyard. Between 1442 and 1462, Sigismondo Pandolfo Matatesta ordered some military enlargements, such as the polygonal angle tower. Giovanni Sforza, on the occasion of his wedding with Lucrezia Borgia, added two wings to the inner courtyard and a staircase of honour to access the rooms on the main floor, which were frescoed and furnished with precious furniture. Other interventions were carried out in 1726 by Cardinal Annibale Albani, nephew of Pope Clement XI. Worthy of admiration are the frescoes by Amico Aspertini (1496-99) from Bologna and the wonderful glazed terracotta altarpiece by Andrea Della Robbia (1480 ca.) representing Our Lady with Child and Saints. The other masterpiece preserved in a room of the fortress is the altarpiece dated 1484 by Giovanni Santi, father of the great Raphael, from the parish church of Santa Sofia, in which the first iconographic model of Gradara appears, with its large forest of towers and crenellated walls. The small municipal art gallery set up here also contains works by Bartolomeo Vivarini, Gian Giacomo Pandolfi, Benedetto Coda.

Like the fortress, the city walls date back to the Malatesta  period. The first boundary is close to the fortress with Guelph and Ghibelline blackbirds. The second circle is more extensive and encloses also the historic centre of Gradara. The curtain wall is interspersed with fourteen towers and a fortified gate with the signs and coats of arms of the Sforza, Della Rovere and Farnese families. The patrols, watchtowers, underground tunnels, sturdy curtains animated by a multitude of loopholes complete the evocative picture of our medieval imagination.

Bigol is the classic  local dish, hand made thick spaghetti  handmade with water and flour by the housewives of the borgo and seasoned with porcini mushroom sauce collected in the woods of Montefeltro, or with meat sauce “Marchigiana”.

What is “BORGO”. The literal translation of Borgo in English would be “Village”. But the term Village does not fully explain what a “Borgo” is. A “Borgo” is a fascinating small Italian town, generally fortified and dating back to the period from the Middle Ages to the Renaissance.
Category: Marche6 March 2018