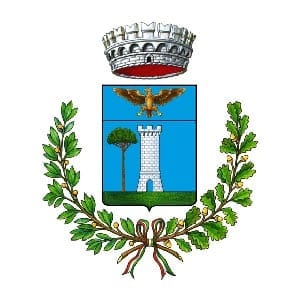 Macerata Feltria, in the past Macerata of Montefeltro, has its roots in the Roman municipium “Pitinum Pisaurense” (from Pitinum, “fir tree” and Pisaurus, the actual Foglia river) documented from the III century BC and mentioned by Pliny as one of the sixth Augustan regions. The name Macerata derives from the ruins of the Roman town destroyed by the Goths, on which the new town was built in the eleventh century.

The Borgo of Macerata Feltria is divided into two parts: above, the early medieval nucleus of the castle, of Longobard origin; below, the late medieval and Renaissance part, called “borgo” or “Mercatale”, because its expansion in the sixteenth century took place in the area of the old market.

Entering the Borgo you’ll be immediately struck by its beauty: the eighteenth century Teatro dei Condòmini, that retains the façade of the original building, Palazzo Antimi Clari with the annexed chapel, and Palazzo Gentili Belli connected to the great Filanda, a beautiful example of industrial archeology of the nineteenth century.

In the surrounding area there is the mill of the Nuns, of sixteenth-century origin, originally belonged to the Poor Clares, and a rural casino. The whole area responded to the needs of the agricultural and industrial development of Montefeltro in the nineteenth century.

Going up Corso Battelli to the beginning of Via Antimi, you arrive at the church of Santa Chiara, once part of a rich convent founded at the end of the sixteenth century. A short distance away, the Pitinum thermal baths, with a 1914 facade, recently renovated, and the 1933 Angelo Battelli Theatre.

Returning to via Antimi, we reach the church of San Michele Arcangelo, nineteenth century but guardian of the much older and more precious wooden crucifix by Olivuccio di Ceccarello da Camerino, signed and dated 1396.

To climb up to the castle, drive along via Europa or return on foot to via Antimi as far as the junction with corso Battelli and take the steep via Gaboardi as far as Porta del Borgo di Fuori. Along the way you will find the church of San Francesco, of fourteenth-century origin as its beautiful portal and what remains of the ancient convent, inside which was created the space for the Museum of ancients radios.

The church of San Giuseppe al Castello, from the 14th and 15th centuries, has a splendid decorated terracotta portal and, inside, wooden benches, an altar with a gilded wooden tabernacle with the late 16th century painting of the Madonna del Rosario in the centre, and a 15th century leather frontal. Next to it are Palazzo Evangelisti (16th century) with one of the few cycles of 16th century civil frescoes by Montefeltro, and Palazzo Valturio, with original frescoes, ceilings and fireplaces.

Going up to Piazza Abstemio you reach the Palazzo del Podestà (13th-14th century), which today houses the Civic Museum, and the civic tower of the same period (except for the 18th century bell tower), which houses the palaeontological section of the museum.

From here you can start the itinerary of the Pitinum archaeological site, where in 1990-1997 some excavation campaigns revealed a medieval necropolis and a Roman construction area dating back to the Republican period. At the centre of the area is the Romanesque parish church of San Cassiano (11th century), with a three-nave basilica layout, which houses a remarkable marble statue of San Sebastiano from the 15th century and numerous early medieval architectural fragments in the internal and external walls. Under the parish there are the walls of the Roman buildings. The most interesting parts of the ancient structures are protected by glass and illuminated.

For those arriving from Rimini and San Marino, a visit to Macerata Feltria can start here, and then proceed backwards.

Cheeses and cured meats, among which the porchetta marchigiana; the products of the forest such as mushrooms and truffles; saffron and wines. The cake with raisins and walnuts, once considered the bread of the poor because it was made with ingredients that peasants had always at home: walnuts, raisins, flour and oil.

Fair of San Giuseppe, March: exhibition of flowers, plants and agricultural equipment, food stands with local products and the traditional conference on agriculture in the inland areas of the Marche, characterize this ancient fair.

Preziosi d’Epoca, first Saturday and Sunday of August: a parade of clothes by young designers and period jewellery supplied by jewellers and goldsmiths from all over Italy.

What is “BORGO”. The literal translation of Borgo in English would be “Village”. But the term Village does not fully explain what a “Borgo” is. A “Borgo” is a fascinating small Italian town, generally fortified and dating back to the period from the Middle Ages to the Renaissance.
Category: Marche8 January 2018