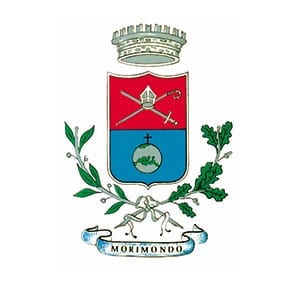 The name ”Morimondo” is a translation from the French Morimond. Morimond was the name of an important European abbey.

It all began with the octagonal stone column (symbol of the rebirth on the eighth day) that the French monks from Morimond planted in the clumps of Ticino, as a founding act of the new abbey, almost nine hundred years ago. The Cistercians, unlike the cluniac confreres, from whom they had detached themselves, returned to the rule of Saint Benedict, to manual work: “the cross and the plough” was their motto. They reclaim the land around the river, build irrigation canals and invent the use of rotten meadows to obtain more grass crops, i.e. more hay for livestock. And they raise an abbey kneading river clay that, cooked in the furnace, will give them the typical Lombard red bricks.

The abbey was founded in 1136 . The presence of the monks was the condition for the development of agriculture and the preservation of natural beauty that characterize the territory of the Ticino Park. The few houses of the borgo rise near the abbey, in correspondence of the farms and the grange (the agricultural centers in the monastery). All these elements were involved in the action for the recovery, as the alleys and the square, paved with the traditional “rizzata”. The result is a beautiful homogeneous mix of colours: the cotto tile, the blue sky, the green gardens and woods. The abbey of Morimondo is essentially an example of monastic architecture, which is free of frills, essential (the sense of order is given by the disposition of the bricks), based on the alternation between lights and shadows and on the geometry and the dimensions of the buildings. In the church there are wooden objects with decorations, made using hot iron, and beautiful religious frescoes.

The few houses of the borgo built near the abbey, and so do the alleys and the square, paved with the traditional rizzata, the farms and the appliances of the monastery. The result is a homogenous complex in the warm terracotta tonality, which blends perfectly with the skies aboveTicino, the green of vegetable gardens, meadows and woods, and the abbey that is the origin of everything.

Here milk is produced and used to make stracchino and gorgonzola cheese. Local cereals are the ingredients of the excellent local beer. The production of salami is very good in this area.

The local dish is the cassoeula with cornmeal mush, together with the risotto and the braised meat. The typical dessert is a cake called Abatino.

What is “BORGO”. The literal translation of Borgo in English would be “Village”. But the term Village does not fully explains what a “Borgo” is. A “Borgo” is a fascinating small Italian town, generally fortified and dating back to the period from the Middle Ages to the Renaissance.
Category: Lombardia8 January 2018