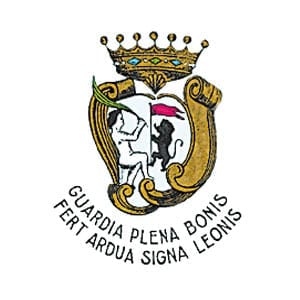 According to some sources, the primitive name of Guardiagrele was Aelion, from an ancient temple dedicated to the sun god, Apollo (Hélios), on which the church of Santa Maria Maggiore was built. The name Aelion would become in the 4th century BC Graelion, and then it would be transformed into Graelium by the Romans, in Grele by the Lombards and in Graeli by the Normans, and finally into a Guard of Grele (from the Lombard Ward, which indicates a military watchdog), from which the present Guardiagrele.

You may start your visit of the old town centre from the collegiate church of Santa Maria Maggiore, built at the beginning of the thirteenth century as a cemetery church extra Moenia and become, in the following centuries, the main building of the city. The façade is characterized by a massive bell tower and  a beautiful fifteenth-century portal. You can also admire an amazing lunette, with the sculpture of the Coronation of the Virgin by Nicola di Guardiagrele, now exhibited in the Duomo Museum. The outstanding  interior of the cathedral is the result of a bold work of elevation carried out in 1706 and  has pleasant Baroque embellishments, with large altars on the wall that house six-seventeenth century paintings and statues of saints. Below the church there is San Rocco, former chapel of the Madonna del Riparo, built as a rescue for the eighteenth-century raised church; with three naves with barrel vaults and round arches, it is enriched by a sumptuous Baroque decoration and preserves, on the walls of counterfaçade of the side aisles, two ogival arches in Gothic style.

The church of San Nicola di Bari, in the upper part of the town, can be considered together with that of San Silvestro one of the first religious buildings of Guardiagrele, dating back  between the end of the XII and the beginning of the XIII century. However, of the medieval structures, only the bell tower remains, since the original single nave structure, as we can see today, is the result of the modifications made in the 18th century. The two Renaissance portals are remarkable. The portal of the church of San Silvestro, which today is deconsecrated, is also of the Renaissance period and was administered for some centuries by the Benedictines of the abbey of San Salvatore a Maiella; also in this case the interior, with three naves, had been modified in the Baroque age.

The church of Santa Chiara, originally part of the convent of the Poor Clares, built in the second half of the thirteenth century, is also characterized by a profusion of stuccoes and eighteenth-century decorations; interesting are the large painting of the vault, work of the first half of the eighteenth century by the painter Donato Teodoro, a wooden crucifix and some paintings of the local painters. The Capuchin monastery and the annexed church date back to 1599. In addition to the pleasant, small cloister, the church houses a monumental eighteenth century wooden altarpiece of late-Baroque taste, which frames a large and valuable altarpiece of the early seventeenth century, and a precious tabernacle made with precious woods of different colors, very flashy.

As far as civil architecture, worth a mention are the Palazzo Vitacolonna, dating back to the eighteenth century and with a monumental façade; Palazzo De Lucia, Palazzo Elissi and palazzo marini.

The main entrance to the borgo is through Porta San Giovanni,  a  monumental and elegant eighteenth century arch.

Guardiagrele is famous for its handicraft products: wrought iron, wood,  worked copper, tombolo, blankets and costumes from Abruzzo, worked stone, goldsmith’s art and jewellery.  Do not miss to taste the delicious sweets, like the Sise delle monache, sponge cake donoughts filled with cream and sprinkled with icing sugar