The name derives from the Latin ad versus (in front of, nearby) or amnis versus (toward the river), as evidenced by the etymological and phonetic root a(di) nversa(m) (aquam), with the water (aquam) being that of the Sagittario river. With reference to the Norman period, the name could also be linked to that of Aversa, the town in Campania founded by the Normans. “Degli Abruzzi” was added in 1927. 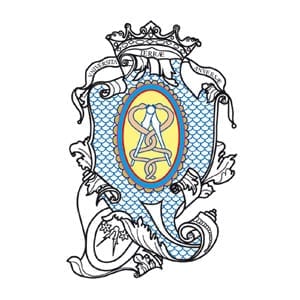 The mountains are barren, jagged, frightful, with sheer drops; the river gurgles between the rocks, falls in cascades, through rivulets and small pools”: this is Anversa’s setting, described by an observer in 1912. The town rises at about 600 meters a.s.l. on a wide spur of rock overlooking the gorge of the Sagittario river. A visit to the historical center may starts from the Church of Santa Maria delle Grazie (16th cent.), with its Renaissance limestone portal dating back to 1540, the only one of its kind in Abruzzo, with its rare iconographic motif and a magnificent rose window dated 1585, bearing the coats of arms of the Sangro family and of Anversa families, with snakes bound around the branches of a compass. The church has a nave with two side aisles, and the rectangular apse has a polychrome statue of San Rocco, made by local ceramists in 1530. The temple shaped wooden tabernacle was carved in the 16th century and gilded in 1664. The high altar has a copy of the splendid 16th century Triptych of Anversa, which unfortunately was stolen in 1981. Walking through the narrow streets leading to the Norman castle (12th cent.), turned into a scenic backdrop of ruins by the 1706 earthquake, you can see a row of stone houses with  decorated door frames and arches, harmonious portals and square windows. The architectural style is  dating back to the 16th-18th centuries, when Anversa was a flourishing town whose economy was based on the raising of sheep, and the local families, although austere and parsimonious, did not spare the money used to decorate their houses and increase the family prestige. Thus the town became a center for skilled artisans and stonecutters. There is a fascinating atmosphere in the tiny streets and arched passageways of the medieval Borgo, encircled by a raw of houses – most of which built

From here you can easily reach the scenic view-point over the Sagittario Gorge and, going down via Duca degli Abruzzi, the Romanesque Church of San Marcello (11th cent.). The church has an elegant late Gothic portal, decorated with fancy sculptures and enriched by a lunette with a fresco of the Madonna and Child with two saints, one of which is represented with a millstone tied around his neck as a symbol of his martyrdom. Through Porta Pazziana, one of the surviving gates of the medieval city walls, you’ll reach a terrace where you can have a beautiful view of the Sagittario river and the nearby village of Castrovalva. From the Sagittario Gorge, you can clearly see, even though somewhat obscured by the overgrowth of plants, a row of buildings known as the “Houses of the Lombards”, built by bricklayers from northern Italy in the period from 1480 to 1520. Nearby there is a carved portal (dated 1666) with symbols representing the worship of St. Dominic: a serpent, a fish, a sword, and mule irons. Many talismanic symbols can be found throughout the village.

Below the Borgo are the remains of the Church of Santa Maria ad Nives and its monastery, which belonged to the Benedictine monks as early as the 9th century. The last stop of our tour is in the sleepy hamlet of Castrovalva, which faces the captivating Sagittario Gorge. Entering the hamlet through a Gothic-arched gate, you will reach the parish Church of Santa Maria della Neve, (16th cent.) and the small Church of San Michele Arcangelo, dating back to the 12th century.

The pignata,  a terracotta pot used for cooking legumes, is the symbol of Anversa (after which its inhabitants were called pignatari) together with the cucù, a ceramic whistle.

The smoked ricotta of Anversa is one of Abruzzo’s most famous food, winning a gold medal at the Mountain Cheese Olympics in 2002.

Local dishes worthy of special mention are quagliatelli and fagioli, a soup made with beans and pasta, capretto cacio e ovo”, goat  cooked with cheese and egg, the thin and delicate pizzelle cooked on a special handmade iron, and the Christmas sweets such as pizze fritte and ceci ripieni.

What is “BORGO”. The literal translation of Borgo in English would be “Village”. But the term Village does not fully explain what a “Borgo” is. A “Borgo” is a fascinating small Italian town, generally fortified and dating back to the period from the Middle Ages to the Renaissance.
Category: Abruzzo24 November 2017