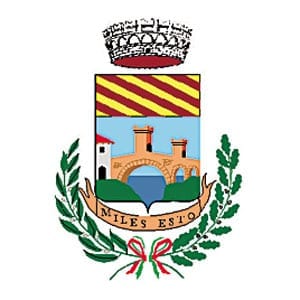 The origin of the name is uncertain. Scholars have three different hypothesis. Option 1: a Greek origin, from mèlos, meaning ”sweet people”; option 2: from the local dialect word mrèsciu , meaning “flooded lands”; option 3: the name may have a Roman origin, as, according to legend, the city of Millesimo was founded by a Roman soldier.

The Gaietta bridge, also called Ponte Vecchio, is one of the few Italian examples of  fortified bridge and is the symbol of this beautiful Borgo. The original body was built in the 12th century; not far away from the bridge you can find the house where the marquis Enrico II Del Carretto signed the borgo’s act of foundation in 1206.

Do not miss to visit the castle, built by Enrico II to defend the Borgo and that, together with the castles of Cengio, Cosseria and Roccavignale, forms a quadrilateral defensive structure on the road between Piedmont and Liguria through the Langhe region. The stone tower and the eastern walls are the oldest sections.

Villa Scarzella, surrounded by a magnificent garden at the foot of the castle, was built in 1855 by Giuseppe Scarzella, the villa was enlarged by Alberto Scarzella, mayor of Millesimo from 1888 to 1913. Purchased by the Town Hall  in 1989, it is now the home of the Napoleonic Museum; in the atrium stands a perfectly preserved sandstone arch.

Owned by the monks of S. Antonio Abate, the parish church was one of the three existing monasteries of Millesimo. It was consacrated in 1467 by Piero del Carretto, first Bishop of Alba. Inside you can find some beautiful artworks: the white marble holy-water stoup dated 1484; the altar; the statue of the Madonna del Carmine, which is carried in procession during the patron festival on July 16th ; and the crucifix, a Baroque work by the Maragliano school.

Outside the historic center you’ll find the Parish Church of  Santa Maria extra muros, cited in a 998 document with the name of S. Petri de Melesino. It was restored in 1960 and re-consacrated; the interior presents an exquisite baptismal font and some interesting Gothic frescoes.

Property of the monks of the monastery of S. Pietro di Savigliano, the Monastery of S. Stefano was purchased by marquis Enrico II Del Carretto and donated to the nuns of the Cistercian order of Santa Maria de Betton (Savoy) in 1216.

Millesimo is the Borgo of the truffle, both black and white, celebrated during an important festival in September.

Local gastronomy is inspired by the truffle. Other dishes are: the giuncata, a type of sheep milk ricotta cheese, bread with sausages cooked in the oven, and fazzini, pizza-bread  with tomato sauce, basil and garlic.

What is “BORGO”. The literal translation of Borgo in English would be “Village”. But the term Village does not fully explain what a “Borgo” is. A “Borgo” is a fascinating small Italian town, generally fortified and dating back to the period from the Middle Ages to the Renaissance.
Category: Liguria5 December 2017