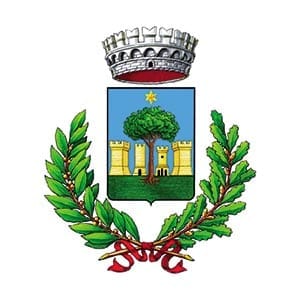 The name derives from Castrum Frontini, probably of Roman origin. In the VI century the fortress was used by the Lombards.

The castle is perched on a cliff overlooking the Mutino valley. High walls, towers, squares, paved streets, flowers and plants along the streets welcome the visitor. The silence, broken only by the flock of century-old oaks and the light mountain air draw the picture of a landscape of the soul, where reality becomes almost fantastic, recalling images of the Middle Ages, in the civic tower, sentinel of the town hall, in the tower that overlooks the castle walls, in the noble and fifteenth-century palace Vandini (now used as a tourist structure).

In the Church of Saints Peter and Paul you can admire a canvas by Federico Barocci, representing the Madonna and Child with Saints Ubaldo and Francis, 1610. Behind the high altar stands a canvas dated 1616.

The Convent of Monte Fiorentino is one of the largest in the Region Marche. Its structure has undergone various restorations and extensions. Entering the Church, on the right you can visit the Chapel of the Olivia Counts,  commissioned by the count Carlo and attributed to Francesco De Simone Ferrucci da Fiesole. The splendid altarpiece is one of the most successful works by Giovanni Santi, Raphael’s father, representing the Madonna and Child with the Saints George, Francis, Antonio Abate and Jerome ( 1489). Here are also preserved a fresco with Sant’Antonio Abate, an ancient organ and other minor things.

Before you get to the borgo, on the right is the Mill of the Old Bridge: documented already in 1658, the year of its reconstruction, and originally built in the fourteenth century, it is surely linked to the foundation of the Castle. Equipped with a watch tower, today it  houses the Museum of bread.

The Monastery of St. Jerome was erected in 1500 by don Ghisello and belonged to the Vandini family. The monastery was recently restored by the municipality and today it hosts a hotel and some conferences rooms. The church has a single nave and contains a choir and a organ. The main altarpiece (1560) by Bernardino of Longiano is painted on canvas and depicts the Madonna with Angels, Child and Saints Jerome and John the Baptist. Interesting frescoes are on the walls and on the refectory, where the Last Supper adorns the back wall. In the upper floor are the ancient monks’ cells.

From the woods you may taste an excellent black truffle. In the borgo you can buy organic baked goods, dairy products and beef.

The typical dish is the bustreng, a cake made of milk and eggs.

What is “BORGO”. The literal translation of Borgo in English would be “Village”. But the term Village does not fully explain what a “Borgo” is. A “Borgo” is a fascinating small Italian town, generally fortified and dating back to the period from the Middle Ages to the Renaissance.
Category: Marche9 January 2018