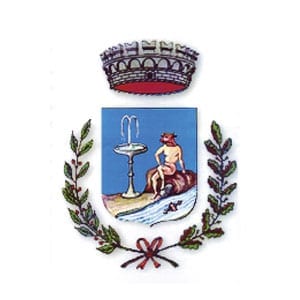 The name derives from the ancient Greek town Engyon, founded around 1200 BC by the Cretans, who called it with the name of a local water spring. After its destruction, a new establishment on the Marone Mount was named Engio (from the Latin Engium) and later Gangi.

Gangi rises amidst the fresh air of the Madonie Mounts, with its colored stone narrow houses, close to each other, and the majestic Etna in the background that, due to optical deception, seems very close. A great architectural and artistic heritage is preserved in this Borgo, among the medieval alleys of the old town centre in the upper side, such as the castle, the mansions and the convent of the Frati Minori, the Ventimiglia tower and the church with its dome. You can start from the church of Saint Paul in the homonymous square. Built in the XVI century, the church is characterized by a simple stone façade, enriched by a beautiful seventeenth century portal decorated with basreliefs. On the bifurcation of the Castle and Corso Umberto I you can admire the church of the Abbadia , with a façade of bare stone in three overlapping orders and a sumptuous portal. The most beautiful palaces stand on Corso Umberto I, such as the nineteenth century Mocciaro with its frescoed halls, one of which represents Gangi as it once was. Continuing along the road we find Palazzo Bongiorno, one of the best examples of the eighteenth century architecture. The building takes its name from the noble family that built it in 1756 and has magnificent trompe l’oeil decorations of the rooms, made by the painter Gaspare Fumagalli with his father-in-law Pietro Martorana. In Piazza del Popolo, the main square, is dominated by the fourteenth century tower of Ventimiglia, built as a watchout tower, it was then transformed into a bell tower during the construction of the Mother church. From the top of the tower you can have a breathtaking view on the roofs of the houses of the lower part of the village and on the surrounding country. On the left, at the foot of the mount Marone, you’ll notice the cylindrical Saracen tower, evidence of the Arab domination, and the convent of the Capuchins. Next to the tower of Ventimiglia, the Matrice church built in the seventeenth century preserves an immense canvas of the Universal Judgment (1629) by Giueppe Salerno, that takes as a model the Judgement by Michelangelo for the Sistine Chapel. Going on, you can visit the church of the Madonna delle Catene, which preserves some important works such as the two statues of the Madonna.  Almost at the end of the Corso Umberto  there is the church of San Cataldo, dating back to the first half of the fourteenth century. Inside, wooden statues of Quattrocchi and paintings by Giuseppe Salerno (1618). Finally, the castle of Ventimiglia is worth a visit: raised in the first half of the XIV century for the will of Francesco I Ventimiglia, it still stands out overlookin the Borgo. Just outside the Borgo, do not miss to visit  the monastery built by the Benedictines in 1363 on the ruins of old Gangi.

Try also the dried sausage (sozizza). The typical menu provides as a main dish pasta ccu maccu (ditaloni seasoned with mashed green beans) and the castrato (lamb) in the oven with potatoes (meat of hogget baked and flavored with red wine, rosemary and spices). Alternatively, the fried salted codfish with fennel, typical dish of the day of San Giuseppe. The dessert are also excellent: Christmas food is the cucchia, pastry filled with almonds, raisins and dried figs, while in summer and autumn the masticuttè, biscuits of flour, sugar and juice of prickly pears.

What is “BORGO”. The literal translation of Borgo in English would be “Village”. But the term Village does not fully explain what a “Borgo” is. A “Borgo” is a fascinating small Italian town, generally fortified and dating back to the period from the Middle Ages to the Renaissance.
Category: Sicilia9 January 2018