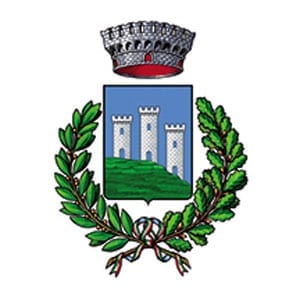 The name probably derives from infra murle (meaning “inside the walls”), referring to the defensive walls erected by the monks to protect the borgo.

The territory of Framura is divided into 5 hamlets: Castagnola, Costa, Setta, Ravecca and Anzo (the closest to the sea). The best way to get to know the territory of Framura is to start from the highest point, Castagnola, and descend downstream towards the others, Costa, Setta, Ravecca and Anzo. From the latter, which is closest to the sea, you will soon reach the train station, from where an elevator leads to the marina. From the station, take a pleasant cycle path along the old railway track to Bonassola and Levanto.

In Castagnola many historic buildings were seriously damaged by numerous landslides. Some valuable agricultural plots of land and medieval commercial streets are worth a visit. In the Church of San Lorenzo, rebuilt several times between XVI and XIX century, a valuable artwork by Luca Cambiaso is housed.

Costa is recognizable by its powerful tower (IX century), originally it was a defense building, then it was transformed in the bell tower of the adjacent Church of San Martino, built before 1128. The church is probably the result of an enlargement of the original chapel. Inside, it preserves the altarpiece of the Madonna of the Rosary , made by the Genoese artist Bernardo Strozzi, one of the most important exponents of Italian Baroque.

Setta is the hamlet with the most interesting architectural elements, with gardens owned in the past by local nobles, a tower of the 16th Century and a church of the 18th Century.

Ravecca rises upstream from Anzo, of which it looks like the urban expansion. In fact the local nobles, not finding the space to expand their homes, decided to expand in this hamlet.

The houses of Anzo form a fortified borgo with a16th century tower and defense walls; here there are also a chapel and a fortified gatehouse that protected the inhabitants from pirates. The 19th century restoration turned Anzo in a place for holiday characterized by noble mansions and Mediterranean gardens.

What is “BORGO”. The literal translation of Borgo in English would be “Village”. But the term Village does not fully explain what a “Borgo” is. A “Borgo” is a fascinating small Italian town, generally fortified and dating back to the period from the Middle Ages to the Renaissance.
Category: Liguria9 January 2018