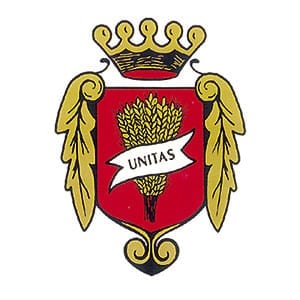 A Roman tablet dedicated to Minerva revealed that the name could be a tribute to someone named “Luarensis”. Another hypothesis suggests that Lòer , the name of the borgo in the local dialect, could derive from Luar, mentioned in the epigraph.

After travelling between the mountains and valleys of Bergamo and Brescia, suddenly after a bend you reach Lovere, a borgo which spreads narrow between lake and mountain and looks like a large amphitheater, with its fine palaces and buildings which for centuries have been a worthy setting and splendid crown to the Piazza del Porto.

Piazza del Porto, also known as ”Piazza 13 Martiri”, is one of the most beautiful squares in the Iseo lake area (it has got a similarity with Portofino).

Moving from the square and crossing ”Rione delle Beccarie”,  you’ll  reach  the historic centre and piazza Vittorio Emanuele, with the old civic bell tower. The square is surrounded by beautiful buildings and it is the place where all the medieval narrow streets of the borgo converge. Do not miss to visit the Church of S. Giorgio (14th century) with beautiful religious paintings and decorations.

Along the lakefront you’ll find Palazzo Tadini,  which houses the Accademia delle Belle Arti, founded by Luigi Tadini in 1828; it was built in neoclassical style between 1821 and 1826. Here you can admire a precious sculpture made by Antonio Canova as well as Luigi Tadini’s private art gallery.

Last but not least, the Basilica of S. Maria in Valvendra, built between 1473 and 1483, which stands in a quiet street near ancient dwellings and houses beautiful frescoes and an ancient pipe organ.

In Lovere you can taste many varieties of cheese, the stone-ground maize flour are the local products, but also meat specialties: salami and cold pork meats, sausages and musetto.

Polenta (cornmeal mush) is the main dish, it is served with fish or meat. Local ravioli (called casunsei and served with butter and sage) are very good. Not to be missed: the Donizetti dessert and the local wines, Franciacorta and Valcalepio.

What is “BORGO”. The literal translation of Borgo in English would be “Village”. But the term Village does not fully explains what a “Borgo” is. A “Borgo” is a fascinating small Italian town, generally fortified and dating back to the period from the Middle Ages to the Renaissance.
Category: Lombardia4 January 2018