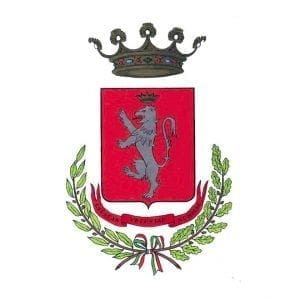 The cult of the goddess Nortia probably spread with the penetration of Etruscan civilization into the Umbrian and Sabine territories. Called Nemesis by the Greeks, she was the goddess of “good luck.” In fact the existence in Etruria of a city called Nortia or Norchia has been historically documented.

The historic centre of Norcia is enclosed in the 13th century walls which form a unique heart shape. Along the perimeter are eight ancient gates, which have preserved the names and characteristics of the past, together with the medieval towers. Entering from the Roman Gate and walking along the 19th century Corso Sertorio, you’ll reach the main square, dedicated of course to Saint Benedict. Here the Borgo’s most important buildings overlook the statue honoring Norcia’s most illustrious son (1880, sculpted by Giuseppe Prinzi). The Palazzo Comunale, or Town hall, built in the 13th century, was restored in different periods because of the frequent earthquakes. Today only the portico, with its short, stout columns, remain,  while the upper part took on its current aspect after the earthquake of 1859. On the right side of the Palazzo Comunale stands the Basilica of San Benedetto, which has a 14th century gabled Gothic façade. With its lovely portal bordered by clusters of small columns, the basilica rises above the ruins of a 1st-2nd century Roman edifice, identified by tradition as the house where St. Benedict was born. It has a Latin cross plan and has undergone various alterations over the centuries, and does not adhere to a specific style: Romanesque, Gothic and Baroque elements are mixed together. Halfway along the nave, via two lateral stairways, you can enter the crypt, which contains the remains of the Roman edifice dating to the 1st-2nd centuries AD. The Portico of Measurements was set against the right hand side of the church around 1570 in order to create a sort of open market for grain. The fortress occupying the entire western side of the square, called Castellina, was a fortified residence for the papal governors. Prefects appointed by Rome established themselves here in 1569, with jurisdiction over a vast territory known as the Mountain Prefecture. Begun in 1554, the edifice was designed by Vignola. The portal, courtyard and stairway to the upper floor are all magnificent. Today the Castellina is the seat of the Civic and Diocesan museum. Slightly aloof from the square, the Concathedral of Santa Maria Argentea is very old. At the time of the Roman empire, on the site where the Castellina currently stands, a temple rose; it was dedicated to the goddess Fortuna Argentea but converted to the Christian rites in the 3rd century AD. The remains of the ancient parish church can still be seen in the dungeons of the Castellina. The present day church was constructed between 1556 and 1570 in Renaissance style, with large stone arcs and aristocratic chapels. It presents a simple gabled façade in white stone and an elegant portal with wooden doors dating to 1576. The side portal is Gothic in style (late 14th century) and was made with materials from the demolished parish church. Damaged by earthquake, it was restored in neoclassical style in the 18th century. The interior preserves numerous works of art including the 1494 wooden crucifix by Giovanni Tedesco, a painting by Giuseppe Paladini (1756) and, in the Misericordia chapel, Francesco Duquesnoy’s magnificent altar (1640) and an exquisite 16th century fresco with the image of the Madonna and Child and Saints Benedict and Scholastica. In Piazza Garibaldi, the former church of San Francesco is one of the most important examples of Gothic art in the area, with remarkable internal frescoes of the 15th and 16th centuries. The church, heavily damaged by the earthquake of 1859, is the result of the reconstruction carried out by the Franciscans around 1385, the year in which the rose window on the façade was being executed. Going back towards the higher part of the village, along via Anicia we find the church of Sant’Agostino. In via Umberto, a short distance from via Anicia, you can admire an interesting votive shrine: the Tempietto (Little Temple). It is a small Romanesque-Gothic monument dating to 1354. The work of a local artist, Vanni della Tuccia, it is the best preserved and most distinctive historical edifice in Norcia. In the Capolaterra quarter, whose cottages with their white façades have almost all been restored, the oratory of Sant’Agostinuccio in piazza Palatina is worth a visit, with its magnificent golden and painted wooden ceiling and 17th century walnut seats. Walking around the streets of Norcia, the visitor will encounter numerous aristocratic palaces constructed by the town’s wealthier families, with interesting architectural elements and handicraft masterpieces adorning portals, balconies and windows. The 18th century balconies in wrought iron are really fantastic (Palazzo Cipriani and Palazzo Accica), as are the rustic stone portals (Palazzo Passerini, Palazzo Coalizzi, Palazzo Seneca), and the internal stairways and halls.

Norcia is a true gastronomic paradise, with typical products of the highest quality. Among these are the prized black truffle, the Castelluccio lentils (the best in Italy) and prosciutto (ham), both rewarded with the Protected Geographical Indication, the salami and pork butchery products, cheeses, spelt and other grains, and honey. Spaghetti with truffle, lentil and sausage soup, ricotta cake are a must.

What is “BORGO”. The literal translation of Borgo in English would be “Village”. But the term Village does not fully explains what a “Borgo” is. A “Borgo” is a fascinating small Italian town, generally fortified and dating back to the period from the Middle Ages to the Renaissance.
Category: Umbria5 January 2018