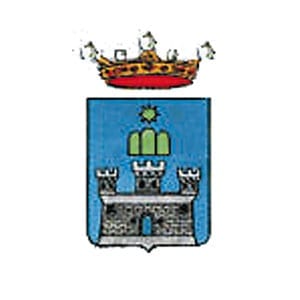 Pacinus, Pacinos, Pacine, Pacino: there are many hypotheses about the origin of this place name. It is probably linked to the name of an ancient village, perhaps of Latin origin, as suggested by the discovery of gravestones, tombs and various constructions.

The mountains press against Pacentro to the point of reducing its horizon, but in compensation they shelter the Borgo from the fury of the winds. The woods oxygenate the air and water gushes fresh water from the numerous springs of the Maiella. To the west, the sky over Pacentro widens, and the view sweeps over the Peligna Valley. At the summit of the hill rises the Castle of the Caldora, whose original structure dates back to the 10th century. Together with the castles of Pettorano, Introdacqua, Anversa, Bugnara, Popoli and Roccacasale, it was part of the defensive system of the Peligna Valley. Initially its plan was triangular, with a single tower on the north side to defend it from enemy attack. The erection of the northeast tower, the most ancient and 24 meters high, was the work of the feudal lords Gualtier and Pietrone di Collepietro in the 13th century. When, in the 15th century, the fief passed to the Caldora family, the castle was enlarged through the addition of the other two towers and the residential wing. After the Caldora’s, the Orsini family held it, and ordered the construction of the cylindrical towers to protect the quadrangular ones. The Canaje is the former public washhouse, built with slabs of stone. Women from all over the countryside gathered here, bearing the characteristic “uaccile” (copper basins) on their heads. The Preta tonna, or scandal stone, is a large hollowed out rock used as an unit of measurement for grain, on which insolvent debtors were obliged to sit nude in front of the passersby as a form of public humiliation. Among the various churches, the 16th century Mother Church deserves a visit. Its imposing façade, embellished with a sculpted cornice, is graced by a charming sundial. The church vaulting is completely covered with stucco-work. On the outside, the lovely belltower is second in height, in this valley, only to that of the Annunziata in Sulmona. In the surrounding area many aristocratic palaces with their splendid portals make a fine show, including the 17th century Palazzo Tonna (note the particulars on the windows), Palazzo Avolio and Palazzo Massa in Piazza Umberto I, Palazzo Granata (with a monumental portal as well), Palazzo Simone and yet others can be admired by the strolling visitor. Returning to the churches, that of San Marcello, founded in 1047, is the most ancient in the village. It houses interesting frescoes and presents a wooden portal carved by local craftsmen on which the date 1697 can still be read. The church of the Madonna delle Grazie stands with those outside the walls, erected towards the end of the 16th century. It is a typical village church, with a rectangular plan and a single aisle. The church of the SS. Concezione stands outside the walls as well, in Baroque style, extending along the entire length of one side of the Convent of the Observant Minors, founded in 1589. A majestic painting dedicated to the Virgin dominates the wall above the church’s high altar, work of the Flemish painter Spranger. Returning to wander around the historical center, it is all a succession of surprises and lovely views, like that of Via del Castello, Via di Sotto and Porta della Rapa. Finally, the visitor cannot leave Pacentro without viewing the rupestrian paintings. In the grotto of Colle Nusca, at a short distance from the village, cave dweller hands used red ochre to sketch drawings depicting eight men armed with bows and arrows – hunting scenes from many thousands of years ago.

In Pacentro, artistic handicraft boasts a centuries old tradition and consists of the working of white stone from the Maiella, small terracotta figurines for cribs, crochet work and the Abruzzi womens’ traditional costumes. The working of terracotta in particular had its master in Peppino Avolio (1883-1962), creator of the mammuccje for cribs which immortalized in clay the forms, ornaments and co-lors of one of the most interesting local traditions in Italy. The craft is now making a comeback after a period of decline, thanks to talented artisans such as Sara Galterio, Brunella Angelilli, Marco Angelilli and Pietro Di Nello. Ferdinando De Angelis, instead, is the last craftsman to practice the ancient stonecutter’s art, which over the centuries in Abruzzo produced the masterpieces that can be admired in the decorations adorning the houses, churches and palaces in the historic center. Local cuisine has a sober character, reflecting the traditions of a simple life, based exclusively on local products. The excellent meats are provided by the livestock bred in the mountain pastures, rich in the aromatic herbs which give local dairy products their unique flavors. Olive groves and vineyards find in the gently sloping hills an ideal habitat for high quality production. From the desire to revive ancient recipes you’ll taste wonderful dishes such as maccheroni alla chitarra (“square” spaghetti) with sauce and whether meatballs and a sprinkling of fragrant pecorino cheese, sheep boiled all’u cuttur, ravioli with ricotta cheese, gnocchi with mutton sauce, and finally the polta, which has become the symbol of the borgo’s culinary festival.