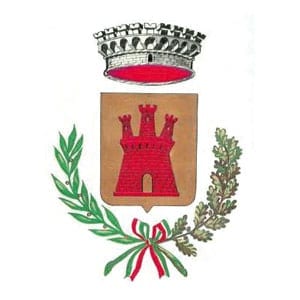 The name derives from the Latin Praetorium (“place of gathering of soldiers”) and indicates a point of observation and vigilance of the passages in the Peligna valley, inhabited by the Pelignis, an Italic population of Sabellic lineage and the Frentanis, of Samnite lineage, both speaking Oscan language.

Pastures, meadows, forests and arable land are the richness of this Borgo, perched on a hill on the slopes of the Maiella Mountains. Located between the Adriatic sea, visible in the distance on clear days, and the mountain, Pretoro has always lived in symbiotic relationship with its woods, as shown by the centuries old tradition of woodcrafting, that still today allows you to see along the Foro river the remains of ancient water lathes. The winter is the best season of Pretoro, crouched in the snow in the immobility of white and cold days. And the night is the magical moment, when the lights dim make it a nativity scene. Pretoro is a Borgo of spontaneous architecture, perched on the sides of the Maiella with houses which stand to each other along alleys connected by narrow stairs that rise and rise “until the last furnace”. The main monuments of Pretoro are three religious buildings. The church of St Andrew dates back to the XV and XVI centuries and is placed on the highest part of the Borgo. The interior is made up of two naves, with the floor that fits the conformations of the rock. The style is the fruit of a Neoclassical remake with Baroque elements. The church of San Nicola, better known as the church of San Domenico, two whom two celebrations are dedicated: Lu Lope (the wolf) and that of archaic Serparis (the manipulators of snakes). Inside you will find a polychrome terracotta Pietà of the XVII century and a wooden doorway of 1630. The two single lancet windows on the side of the valley are also very beautiful.

The hermitage Madonna della Mazza has a portal that bears witness to the thirteenth or fourteenth-century origins. The first certain information concerning him is dated 1324-1325 and refers to the collection of tithes by the Benedictine Cistercian monks from France, from which it was founded. The image of the Madonna in throne with Child dates back to the fifteenth century. The name of Madonna della Mazza derives from the sceptre (or “mace”) with which the Virgin Mary is depicted. The church is frequented in summer and especially the first Sunday of July, when the Madonna is brought back in procession here, on the mountains, after spending two months in the church of Sant’ Andrea. The interior has a single nave and houses the legends flowered around the image of the Madonna della Mazza.

At about 8 km from Pretoro and at 900 meters altitude you can visit another hermitage, mentioned in a document of 1581 as Ecclesiam Sancti Angeli and known as the Hermit’s Cave. The cult of San Michele Arcangelo was practiced there, linked to the presence of a nearby spring and, in the cave, of a dripping of water. Archaeological investigations have brought to light silex tools, ceramic finds from the Bronze Age and traces of hermits and shepherds who lived there.

Unspoilt landscapes, rich in flora and fauna, welcome visitors to the Valle del Foro natural reserve. Near the river Foro, with a walk along the shady banks, you can get to the fascinating rock mills.

This was the country of the “fusari“, and even if of spindles there is no more trace as wool is not worked anymore, the crafts in Pretoro is not dead: there are still some turners, stonemasons and carvers.

Among the traditional dishes, do not miss to taste: the famous  pasta alla chitarra, a specialty in the whole Abruzzo Region; the pecorara, rings of dough made in house, covered with a sauce, ricotta, aubergines, courgettes and peppers; the p’ttlolozz , dialectal name of a home-made pasta handcut in the form of lozenges, good with any dressing; grilled lamb cooked with mixed fir, beech, hornbeam and junipewood wood; turcinelli, pork intestines. The local dessert is the “cake of the wolf”, with cocoa and Montepulciano d’ Abruzzo wine.

What is “BORGO”. The literal translation of Borgo in English would be “Village”. But the term Village does not fully explain what a “Borgo” is. A “Borgo” is a fascinating small Italian town, generally fortified and dating back to the period from the Middle Ages to the Renaissance.
Category: Abruzzo17 December 2017