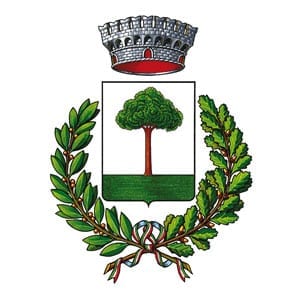 Noa,  a Sican word, means “maggesse” (fallow land) and refers to the conspicuous wheat production of the area that was the reason for the Greek colonization. With the Romans the name changed to Novalia (field of wheat) and for the Arabs it was called Nouah (garden, vegetable garden, flower). During medieval times it was called Nucaria or Noara until it took today’s name of Novara.

The small cluster houses, the history of its streets and narrow pathways with many archways, decorations and façades, the elegant squares, the magnificence of the churches, make this characteristically medieval urban setting an extremely fascinating place. The streets, paved with small stones set between two lines of sandstones, give it a very particular atmosphere. This stone has also been used for civil and religious buildings, where you will see many architectural elements made with cipollino, a red marble that can be found in the district. The use of stone in this region can be seen almost everywhere and is a testimony of the importance that stonemasonry had in the area. A handicraft that was passed down from father to son up until the deplorable arrival of cement (this noble craft has however returned today with surprising results). Today only the ruins of the ancient Castello Saraceno remain. From the top of the cliff you can enjoy the view of the wide valley that descends towards the sea and if you turn your gaze to the East you can see the Eolian Islands. Dante Alighieri street leads from the castle to the Cathedral below (16th century), and can be reached by following the paved road starting from the main plaza.

The church has a beautiful monumental façade and a multitude of steps. Inside there are three aisles outlined by monolithic stone columns and circular apse in stone. Ramarkable is the Altare del Sacramento made in sculpted and polished marble. The baptistery, in local cipollino marble, is covered by a wooden cupola and preserves a statue of the Assunta and an enormous wooden crucifix. Smaller and more charming is the Church of San Francesco built in the 13th century, the most ancient and smallest Franciscan church in the Borgo with roof and ceiling decorated in “Arte Povera”, a very simple style. In the area around the church stands the contrasting Villa Salvo, superb and elegant with the emblem of Casato. Not too far away from here you will find the Chiesa dell’Annunziata, a church (17th century) which has three aisles with stone columns and numerous masterpieces. In the higher part of the borgo you can admire the Sant’Ugo Abate church (17th century) which is currently being restored. Constructed at the same time of the Cistercense Monastery, which was later destroyed, it preserves an interesting wooden relic, the jar of Sant’Ugo (a beautifully crafted Arabian vase), a wooden crucifix and a painting by Stetera, the “Annunciazione” (1570). In the centre of the borgo is the San Nicolò church (17th century); its artistic and majestic façade, recently restored, is positioned at the top of an enormous stone step. In the lower part of the Borgo you can find the monumental churches of San Giorgio Martire and Sant’Antonio Abate, both with three aisles. Even more picturesque is the Sant’Antonio church, that preserves its Norman style doorway and its bell towers. The magnificent and finely decorated church is the home of a number of wooden statues and oil paintings. Worth of a visit are the Palazzo Muncipale (former Oratory of San Filippo Neri), Palazzo Stancanelli that overlooks the principal square and Palazzo Salvo Risicato in Duomo street, recently restored by the local Council. Below the Cathedral is Casa Fontana built in the 18th century , surrounded by a wall, with characteristic holes that have been embellished with sculptures carved into its sandstone walls. The Teatro Comunale (Communal Theatre), dedicated to Riccardo Casalaina of Novara, presents a superbly decorated façade and preserves three stages on different levels situated in a sort of amphitheatre.

Novara is renowned for the Maiorchino, a particular Pecorino cheese that is matured for more than eight months and can be found in forms 10-12cm wide and of 35cm in diameter that weigh from 10 to12 kg. Others specialties are Ricotta Infornata, Provola, hazelnuts and exquisite desserts that will certainly test your diet: Risu Nirù a mix of hazelnuts toasted with cocoa, candied orange peel and cinnamon. Cassatelli (puff pastry with a filling of dried figs, honey, cinnamon and hazelnuts). Raviò (fried Ravioli pasta soaked in wine and filled with fresh Ricotta and scented with cinnamon). Pignurada (fried puff pastry cut in squares and fried. Diti d’Apostolo, a special Ricotta roll with glazed pastry.

The traditional dish of the mid August festival is a kind of pasta called Ncasciada, served with a veal and mutton sauce, crumbled meatballs, eggplant, egg and breadcrumbs. Another typical dish with the wonderful name of Lempi e Tuoni (Thunder and Lightening), is prepared with beans, chickpeas, maize, lentils and grain, that are boiled and then seasoned. For those who dare eating it, there is Frittui, pork meat mixed with lard and boiled with the crackling, tripe, lung, heart and liver of the same pig.

What is “BORGO”. The literal translation of Borgo in English would be “Village”. But the term Village does not fully explain what a “Borgo” is. A “Borgo” is a fascinating small Italian town, generally fortified and dating back to the period from the Middle Ages to the Renaissance.
Category: Sicilia13 December 2017