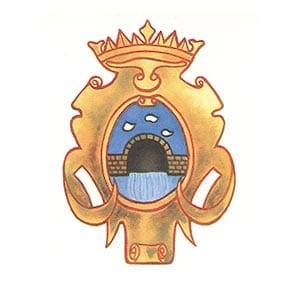 The name derives from acquas partas, referring to the amount of water in the place, located between the water springs of Amerino and Furapane and near those of Sangemini and Fabia.

You can enter the borgo from “Porta Vecchia”, a gateway leading to the old town. A second access to the borgo is through ”Corso dei Lincei”,  the main street leading to the heart of Acquasparta, the square entitled to Federico Cesi, founder in 1603 of the Lincei Academy. Palazzo Cesi (1561-1579) was commissioned by Cardinal Federico Cesi and built on a former fortress destroyed in the sixteenth century during the wars between Todi, Terni and Spoleto. This noble palace has a huge portal and two lateral buildings; inside, towards the garden, you’ll note the elegant loggia. In the courtyard there are the turret and the Botanical Garden. The “noble floor” is full of frescoes and carvings by Giovan Battista Lombardelli, a painter from Marche region who worked in Rome. In the Throne Room you’ll admire “Moses and the daughters of Jethro” – by Matteo Rosselli (Florence 1578-1650) and “the Flight of Lot from Sodom” by a Florentine painter. The church of Santa Cecilia, restored in 1761, was raised on the site of the Basilica Romana, whose remains are in the apse in via Colonna. There is a single nave and eight chapels with pictorial works by Italian artists (end of XVI century- second half of the XVIII). In the funeral chapel of the Liviani and Cesi families you’ll see the remains of the nephew Federico Cesi “il Linceo”. The Church of the Santissimo Sacramento (1685), today a museum, preserves a Roman mosaic of the first century from Carsulae. The church of the Crocifisso, built in the XVII century, belonged to the Compagnia della Madonna del Giglio. The church of San Giuseppe, in the homonymous street, was erected by the Compagnia di San Giuseppe in 1737. Here you can admire only the altar and a painting. Located outside the walls of the borgo, the Church of San Francesco (1294) is the expression of the simple Franciscan architecture. Inside there is a Franciscan canvas, a copy of Margheritone di Arezzo, which is located in Florence in the Uffizi, and the fourteenth century wooden crucifix brought from the Church of San Giovanni di Butris.

The Amerino mineral water is the local excellent product, it is  known as curative against gout and uric acids. In the middle ages it was known as “Water of San Francesco”. Oil, truffles and chestnuts are worth to be tasted as well.

Do not miss to taste picchiarelli, a type of pasta, served with hot tomato sauce. The pizza al testo  is made of flour, salt and fresh water, with vegetables and sausage or ham.

What is “BORGO”. The literal translation of Borgo in English would be “Village”. But the term Village does not fully explain what a “Borgo” is. A “Borgo” is a fascinating small Italian town, generally fortified and dating back to the period from the Middle Ages to the Renaissance.
Category: Umbria18 January 2018