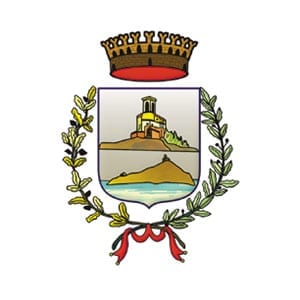 Monte Isola (or Montisola) is a mountain (Monte) on an island (Isola) that divides the Iseo lake in two parts, one in the Brescia District and the other in that of Bergamo.

Siviano (250 mt asl) has always been the main center of the island. Arriving at the pier, in the hamlet of Porto, in front of a cluster of old houses (a nucleus dating back to the 18th century), you will admire the small church and the sixteenth-century Villa Solitudo, and climbing up a long and narrow steps made with local Sarnico stone, you’ll reach the centre of the Borgo, with the imposing Martinengo tower dominating the town hall square. It dates back to fiefdom times of feudalism, it has a square shape and reaches 20 m high.

The hamlet Masse (400 m above sea level) can be reached walking along an old white cobblestone road that starts from the centre of Siviano. At the crossroads to Olzano, another small hamlet located in the upper part of the island, a large boulder of red sandstone and a “saintly” dedicated to the Virgin Lady indicate the place where the witches used to meet for their rituals. Beautiful stone houses and the small square with the 15th century church of San Rocco, restored in the 17th century will welcome your visit.

The hamlet of Novale (250 mt a.s.l.) was in the mid-seventeenth century the summer residence of the bishop of Brescia Marco Morosini, and the entire ancient complex of buildings is called Casa Morosini, which has the characteristics of the mountain villages, with thick walls of large stones, faces and hallways, narrow streets paved with stone, wooden balconies.

Carzano was a fiefdom of the Martinengo family and their palace hosted the aristocracy of the surrounding area. In addition to the Martinengo palace (private property) there are also the Novali House, a 16th century mansion, and the Ziliani Palace, with a Sarnico stone ashlar portal.

Peschiera Maraglio, once inhabited almost entirely by fishermen, seems to be made, like some places in the south, for an outdoor living. The lakefront, where the boats still stand, was covered with nets exposed to the sun. The floral houses of geraniums, the narrow alleys connected by arches and stairs that always lead back to the lake, the smell of the fish that is drying, make it a fascinating place.

Sensole – from sinus solis, gulf of the sun – seems like a small Sanremo, due to the mild climate and the beauty of the surroundings, and is perhaps the most artistic place on the island, celebrated by famous painters, poets and women such as Caterina Cornaro, Lady Montague, George Sand. Three trattorias invite you to stop after a romantic walk under the olive trees, which allows you to enjoy the enchanting panorama. Above, the Martinengo fortress, built by the Oldofredi family in the 14th century, dominates the south-east side of the island and overlooks the hamlet of Menzino, where there is also the seventeenth-century palace Zirotti.

In Senzano, a small hamlet on the road to Cure, you can visit the small church dedicated to San Severino.

Cure is located at mt. 500 a.s.l. and is the highest hamlet, at the foot of the sanctuary of the Madonna della Ceriola. Its inhabitants are dedicated to agriculture and still preserve the traditions of the rural world. The Sanctuary of the Madonna della Ceriola is a place of religious silence in the highest point of the island (600 m), from where you can enjoy the most beautiful view of the Iseol ake, with the eleven hamlets of Monte Isola lying on the slopes of the mountain below. Rich in ex-votos, the sanctuary of Madonna della Ceriola is one of the oldest Marian places of worship in Italy, built at the dawn of Christianity on the site of a small temple dedicated to pagan divinities

An excellent extra-virgin olive oil with DOP certification. Another source of local pride are the salami (manually packaged and smoked using the ancient method) and dried fishes.

Traditional sweets are the fritulì ( fritters with apples), doughnuts, and fruit tarts.

What is “BORGO”. The literal translation of Borgo in English would be “Village”. But the term Village does not fully explain what a “Borgo” is. A “Borgo” is a fascinating small Italian town, generally fortified and dating back to the period from the Middle Ages to the Renaissance.
Category: Lombardia6 December 2017