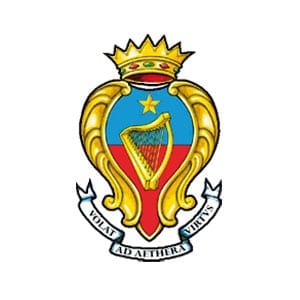 It was originally Zabut, the Arabic name of the castle, which derived from the emir Al Zabut, its founder, also called Al Chabut, “the beautiful”. According to others, the toponym refers to the presence of elderberry plants or to the shape of the urban layout, similar to the sambuca, the Greek musical instrument resembling a small harp.

The urban structure of the Borgo has two souls: Arab “inside the walls” and dating back to the sixth century “outside the walls”. Your visit may start from the nineteenth century theater L’Idea, in the lower part of Corso Umberto I. Along the street there are thirteen places of worship, like the palaces of Leo and Oddo and the church of San Giuseppe. On the other side of the church, on via Marconi, the church of the Immacolata Concezione has interesting sculptures from the eighteenth century. Always on via Marconi are situated the noble palaces Rollo, Giacone, and Fiore. Returning to Corso Umberto, palazzo Campisi, now a bank, dates back to the second half of the nineteenth century and shows the warm color of the sandstone. Among the most ancients, the church of Santa Caterina d’Alessandria is an expression of the Baroque architecture, exalted by stuccos, allegorical statues, coats of arms, columns and also by the majolicas on the floor, from the nearby Burgio. On the opposite side of Piazza della Vittoria, the casino of the marchesi Beccadelli is appreciated for its Baroque balcony and for the courtyard which is similar to the Catalan ones imported in Sicily during the Spanish domination. The building is part of a complex that goes up to street Caruso and that also includes the sixteenth century church of the Saints Rocco and Sebastian (today an exhibition space), the tower and the hospital. Nearby you can also admire the Chiesa del Carmine, whose scenic effect is accentuated by the front that develops on two overlapping orders. Here there are the tombs of aristocratic families, wooden and marble statues: among the latter, the Sant’Anna and the Madonna dell’Udienza by Gagini. Returning to the corso, you will find the nineteenth century palazzo Ciaccio, entirely in sandstone; the beautiful church of the Purgatorio (1631) used as a Museum; palazzo Oddo (or harp) due to the classicist language of the Eighteenth Century. This palace, today the Town Hall, is part of what was once the “walled city”. In fact from here the urban geography of the Borgo changes: the streets thickens, tangle, then open in unexpected irregular enlargements: we are in the Arab district. To the left of the square, largo San Michele, the Amodei palace, with its singular courtyard, is situated just before the church of San Michele, where the equestrian statue of San Giorgio can be found. The old director of the urban development toward the valley, decided to rotate of 180 degrees the original orientation of the church: from here its two prospectuses. Dating back to the end of the Sixteenth Century is the tower of the castle, then transformed in palazzo Panitteri. The noble floor of the palace is the location of the archaeological museum. Reached piazza Navarro, you get back to the dense network of narrow streets of the Arab quarter: a mess of alleys, houses with one or two floors and sometimes with external staircases. In the district, signs of Christian faith are the church of the Rosary and the Matrice church.

Wine, extravirgin olive oil, sheep’s milk cheese. In addition to the ricotta cheese, also used in confectionery, there is the vastedda del Belice Dop, a cheese entirely obtained from sheep’s milk, that has the singular form of a loaf of bread.

The inventor of the seni di Vergin, the “breasts of the Virgin”, was traditionally a nun of the College of Mary, which, in 1725, prepared a sweet for the wedding of the Son of the marquise of Sambuca. Sister Virginia. She took inspiration from the hills that surround Sambuca and obtained a paste and stuffed with cream, chocolate and pinenuts, covered with icing sugar, praised by the prince of Salina “Il Gattopardo” by Tomasi di Lampedusa.

What is “BORGO”. The literal translation of Borgo in English would be “Village”. But the term Village does not fully explain what a “Borgo” is. A “Borgo” is a fascinating small Italian town, generally fortified and dating back to the period from the Middle Ages to the Renaissance.
Category: Sicilia18 December 2017