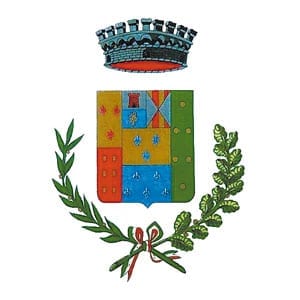 According to some scholars, the name Montalbano comes from the Latin mons albus (white mount), referring to the surrounding mountains whitened by the snow; according to others, it may come from the Arabic albana, meaning “excellent place”. The name of the river Elicona is clearly of Greek origin (elikon = winding, meandering) and appears in the 4th century BC.

The most significant architectural historic element of Montalbano Elicona is the castle which dominates the village. The little houses constructed in sandstone are filled with authentic history, although in certain places a sense of abandonment, which should disappear with the planned restoration works, is felt. Erected on preexisting Byzantine and Arab structures, the upper part of the castle is a rectangular fortress, enclosed on its two extremities by two towers, one with a square plan and the other, typically Suevian, with a pentagonal plan, which functions as a donjon. The perimeter walls date back to the Suevian period, and represent the most important and best preserved defensive configuration in Sicily. The date 1270 is still engraved on the cover of the large cistern, evidence of its Angevin phase. Instead it is to Frederick II of Aragon that we owe the reconstruction of the edifice and its transformation from fortress to regiae aedes, royal residence for summer sojourn (130208). The king had eighteen large windows open on the perimeter walls above the Suevian embrasures as well as a considerable number of portals and gates. Thanks to the modifications executed by the Aragonese king, the castle of Montalbano is one of the most coherent and harmonious ones of the Sicilian Middle Ages. The most extraordinary element in the entire castle is the royal chapel of the Byzantine era, which according to some scholars preserves the remains of Arnaldo da Villanova. Physician, alchemist and religious reformer suspected of heresy, he died in 1310, and his numerous stays in Montalbano with king Frederick are well documented. The 80s restoration work gave the castle back its ancient beauty, though with one unforgivable error: the merlons, originally forked, became rectangular, making Guelf an edifice which, being SuevianAragonese, could not be more Ghibelline! Today the castle is owned by the municipality and is used for exhibits and conventions. The place of worship closest to the castle is the church of Santa Caterina, with a lovely portal in Romanesque style and a marble statue of the saint. The mother church, built during the Middle Ages, was enlarged in 1654, the years in which the two lateral naves were added and the belltower was erected. The church houses a sculpture of Saint Nicholas and a delightful ciborium, both in marble and attributed to the Gagini school, a wooden 15th century crucifix, a Last Supper attributed to the Guido Reni studio and valuable holy vessels and altar cloths. Apart from the multitude of stone sculptures, in via Mastropaolo the magnificent Baroquestyle portals of casa MessinaBallarino, sculpted in the 17th century by Isardi da Napoli, and those of casa Mastropaolo catch the eye. The fountain of Gattuso is also interesting, called “‘u roggiu”. Finally the church of the Spirito Santo is worth a visit, dating back to the 14th century, located near Porta Giovan Guerino, and the sanctuary of Maria SS. della Provvidenza, with its wooden statue of the Blessed Virgin covered in jewels, donated as votive offerings, loaded onto the vara in order to be carried in procession on the 24th of August.

First of all, the pastoral products are excellent: ricotta, fresh, salted and “baked”, the cheeses and the provole an authentic masterpiece of the dairy art presented also in animal shapes (cavalluzzi di tumma). The tastiness of the sausages challenges the taste of the cheeses, as do the sweets based on hazelnuts, made in the traditional style, which enrich lunches and dinners. Unique in the island are the biscuits a ciminu, that is with anis seed, of a strong and unusual flavor, linked to Easter festivities. The legumes are also delicious: beans, broad beans, chickpeas and the extravirgin olive oil.

Montalbano’s gastronomic tradition is entirely connected to the past. It is a cuisine based on simple and at the same time genuine ingredients, rich in flavors and fragrances, like pasta with beans and maccheroni. Common dishes become special thanks to the addition of certain ingredients like fennel and scurcilla, pork rind in the pasta with beans, or u sutta e suvra (lard and meat) and baked ricotta grated on maccheroni served with pork sauce.

What is “BORGO”. The literal translation of Borgo in English would be “Village”. But the term Village does not fully explain what a “Borgo” is. A “Borgo” is a fascinating small Italian town, generally fortified and dating back to the period from the Middle Ages to the Renaissance.
Category: Sicilia5 December 2017