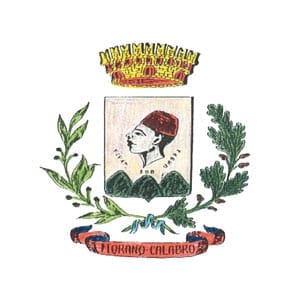 The name Muranum appears for the first time on a milestone of the second century BC. Two are the ipothesys on its origins: some think it may derive from the black mulberries that abounded in the area, some think it derives from the Greek word méruma, meaning “heap”, because the buildings seem to be heaped one on top of the other. The name Calabro was added in 1863 to distinguish it from Morano sul Po.

The beauty of Morano lies in the delicate combination of art and natural beauty: a unique scenario is created by the stone of its archways, watch towers, buttresses and houses all embracing one another to match the majestic surrounding hills. The dense, intricate mesh of roads make of Morano one of the most charming historical centers in the whole Calabria region. The Borgo looks like a nativity scene, with its humble houses descending to the valley and the red tiled roofs and labyrinth of alleyways leading to the Castle. In order to discover Morano you can start your visit from  the Church of St. Bernardino da Siena, a jewel of the fifteenth century, late Gothic, monastic architecture. The façade is dominated by a beautiful ogival portal made of yellow stone, whereas the atmosphere inside is mystical and severe as in all Franciscan interiors (the adjoining convent was founded in 1452). Worthy of note is the wooden ceiling built like a ship’s hull, the only one of its kind in Calabria, and the polyptych by Bartolomeo Vivarino, painted in Murano in 1477. Walking up through the Lauri district, where a group of Byzantine monks lived, you’ll reach the Collegiata of St. Nicholas, built in two parts, the upper fifteenth century floor (Baroque in appearance as it was retouched in the late eighteenth century) and the lower half belonging to a former era. From the district of St. Nicholas, through archways, underpasses, alleyways and wider areas which reveal breathtaking panoramas, you’ll reach the Norman Castle (12th-13th cent.), enlarged between 1515 and 1546 by Neapolitan architects on behalf of Prince Sanseverino, who chose it as his home. Only a short walk and you’ll reach the Collegiata of Saints Paul and Peter, the oldest church in Morano, dating back to the year one thousand, which today reveals an interior which was completely rebuilt in late Baroque style. The wooden furni­shings, such as the choir stalls, were made by the workshop of the Fusco family, worthy local cabinet-makers, during this same period at the end of the eighteenth century. Inside there are also two marble statues by Pietro Bernini, father of the more famous Gian Lorenzo. Yet another church and museum is the Collegiata of St. Maria Magdalena with its yellow and blue tiled dome and bell tower, visible from every point of the historic town centre. Also worthy of a visit is the Church of St. Maria del Carmine and outside the town, the Cappuccini Convent, with its austere seventeenth century cloisters, and the remains of the monastery of Colloreto, immersed in a large wood of holmoak and beech at the foot of the Mount Pollino. Morano is also full of aristocratic palaces. The seventeenth century Palazzo Rocco, the elegant Palazzo Salmena, Palazzo Serranù, Palazzo Scorza-Aronne, Palazzo Cozza with its angular portico, Palazzo dei Cavalieri Marzano in the Giudea district, with their characteristic red façades, Palazzo Lauria with its beautiful Baroque portal, and many others have regular shaped, symmetrical façades with stone portals and wide staircases with great arcades. The houses within the mediaeval nucleus are often built with ramparts to enclose or rise above adjacent buildings, such as Palazzo Guaragna-Cappelli or Palazzo Coscia, built on top of the original 15th century structure in 1793.

Do not miss to taste the pork sausages, as well as the home-made pasta: you can choose between cavateddri, rascateddri (maccheroni with sausage sauce), lagane (noodles) with beans or chickpeas. Among the dishes you can find exclusively in Morano are stoccu and pateni, dried cod with potatoes and dried peppers.

What is “BORGO”. The literal translation of Borgo in English would be “Village”. But the term Village does not fully explain what a “Borgo” is. A “Borgo” is a fascinating small Italian town, generally fortified and dating back to the period from the Middle Ages to the Renaissance.
Category: Calabria11 December 2017