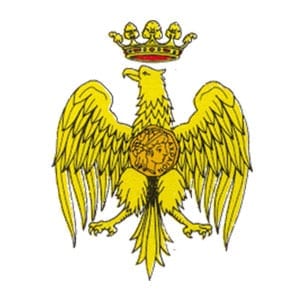 This borgo has been known with many different names: Akrai for the Greeks (from akra, “top”), Acre for the Romans, Balansûl for Arabs and Palatiolum for the Normans, for the presence of a palatium ( “imperial palace”). In 1862 Acreide was added.

Going up the Iblei plateau in the hinterland of Syracuse, the eighteenth-century Palazzolo Acreide appears on a hill, declared with seven other towns in the Val di Noto “Unesco World Heritage Site” for its Baroque architecture. The earthquake of 1693 gave rise to a reconstruction of churches and palaces that the exuberant genius of local workers has made wonderful. In particular, the basilica of San Paolo and the church of San Sebastiano are under the protection of UNESCO. But Palazzolo is not only Baroque. Three thousand years of history are stratified in a place where Greeks, Romans, Byzantines, Arabs, Normans, Angevins, Aragonese have passed, leaving a compendium of styles and artistic presences that goes from the rock sculptures of the “holy men” linked to the cult of the Magna Mater to the Art Nouveau architecture of the monumental cemetery. The anthropomorphic masks of the corbels look at us with grotesque expressions, they seem to make fun of us. They know the signs of the passage of time, such as those imprisoned in one of the most interesting archaeological sites in Sicily.

You can start your visit from piazza del Popolo, with the Church of San Sebastiano, one of the jewels of the Sicilian Baroque. It is listged among the UNESCO World Heritage sites. Rebuilt after the earthquake of 1693, it has a spectacular staircase, a façade with three orders, the work of Mario Diamanti, and three naves.

In Corso Vittorio Emanuele, on the right, Palazzo Di Judica (1790) has a Baroque façade with corbels and decorations inspired by figures of classicism. The seventeenth century Palazzo Pizzo is a classic example of a bourgeois Baroque residence. At the end of the street, the Church of the Immacolata preserves a white Carrara marble statue of the Madonna with child, a Renaissance masterpiece (1471-72) by the sculptor Francesco Laurana. A little further on, the church of San Michele Arcangelo, rebuilt also after 1693; it has a façade which rises on a staircase extending over two orders. The interior is divided into three naves with columns of white stone. Nearby you can find the house-museum Antonino Uccello, realized on the premises of the ground floor of the eighteenth century Palace Ferla-Bonelli. From here you’ll quickly reach the Mother Church, rebuilt after the earthquake of 1693, with three naves richly decorated in stone.

Even more remarkable is the basilica of Saint Paul (1720-30) with its Baroque façade “tower” attributed to Vincenzo Sinatra.

Once crossed the medieval village, you will arrive at the area of the destroyed castle for a panoramic view of the Anapo Valley. The nearby church of the Annunziata is another local gem; rebuilt by Joseph Ferrara after the earthquake of 1693, it boasts a façade characterized by four columns, inside it has three naves with a precious marble altar. The Annunciation (1474), kept in the Museo Bellomo in Syracuseas, was commissioned to Antonello da Messina for this church.

Take now via Garibaldi, rich of eighteenth century buildings, such as palazzo Lombardo Cafici and the palazzo Ferla-Tristaino. In a street near the palace Cappellani the Archaeological Museum is housed. We still have to see the Villa Comunale (1880), a true botanical garden of Italy, and the monumental cemetery (1889) with friezes in art nouveau style.

The archaeological area houses the ruins of the ancient Akrai, founded by the Greeks of Syracuse. Inside you can admire the Greek theater, built around the II century BC. Near the theater you can find remains of the temple of Aphrodite (VI century. B.C.). Next to the theater you can see the decumanus maximus, with lava paving. On the slope of the ancient city other Templi Ferali arise, places of worship.

A nearby hamlet is the seat of the most important shrine so far, dedicated to the worship of the goddess Cybele. The site, dating from the end of the IV and III century B.C., hosts twelve large ruined and chipped reliefs said santoni, ten of which reproduce the figure of the goddess Cybele.

The sausage of Palazzolo is produced by filling a natural gut of pig with spices, salt, chili and with a mix of lean parts, such as the shoulder, diced or chopped. Red wine is then added to the mixture.

The cavati is the traditional dish (processed pasta of elongated shape, seasoned with meat sauce pork), the ravioli filled with ricotta and the caponata.

Various events are organized yearly in palazzolo Acreide. Among them, the most popular are the S. Paolo Feast (29th June) and the Christmas at Palazzolo: a great atmosphere is breathed in the village during the Christmas holidays, thanks to the largest Christmas tree in Sicily set up on the facade of the Church of San Sebastiano. In addition, the Living Nativity, set in the district I Scaliddi, so named for the stairs that overlook the valley of the Anapo.

What is “BORGO”. The literal translation of Borgo in English would be “Village”. But the term Village does not fully explain what a “Borgo” is. A “Borgo” is a fascinating small Italian town, generally fortified and dating back to the period from the Middle Ages to the Renaissance.
Category: Sicilia5 January 2018